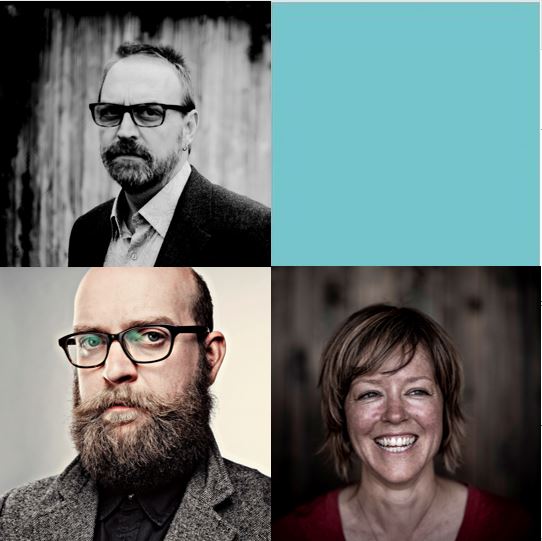 Songs in the Key of Life

Findlay Napier and Boo Hewerdine write songs from observations and real life experience. During this week long course, you too, can learn the power of turning narrative into song. You’ll spend the week with these two storytellers, honing your writing skills, starting from the very basics to well-crafted, finished pieces. Joining us as our special guest will be Americana Awards singer of the year Emily Barker whose recent album Sweet Kind Of Blue is a beautiful example of this area of work.

Boo Hewerdine is a singer-songwriter and experienced tutor. He has written songs for Eddi Reader, k.d. lang, Chris Difford and many others. His latest album Before was released to great acclaim in 2019.

Findlay Napier is one of the finest singer songwriters and teaching artists in Scotland. His collaborations with Boo Hewerdine (VIP and Glasgow) brought his supreme songwriting and storytelling gifts, allied with magpie-minded imagination and magnificent vocals to the attention of audiences across the UK, Europe and North America. Recently he has co-written and toured with Texan singer-songwriter Rebecca Loebe for their Filthy Jokes EP; with Bella Hardy and Greg Russell on War and Peace and with Megan Henwood on their Story Song Scientist project. As a teacher Findlay has run songwriting retreats at Moniack Mhor with Karine Polwart and in 2016 he set up the workshop-focused Glasgow Songwriting Festival.

Emily Barker is an award-winning singer-songwriter, perhaps best known as the writer and performer of the themes to two BBC crime dramas: Wallander starring Kenneth Branagh, and The Shadow Line starring Chiwetel Ejiofor. She has written with highly acclaimed artists such as Boo Hewerdine, Graham Gouldman, Kathryn Williams, Frank Turner, Romeo Stodart (The Magic Numbers) and most recently with English folk legend Marry Waterson and folktronica polymath Adem Ilhan resulting in her latest release A Window to Other Ways, out now on One Little Indian Records.