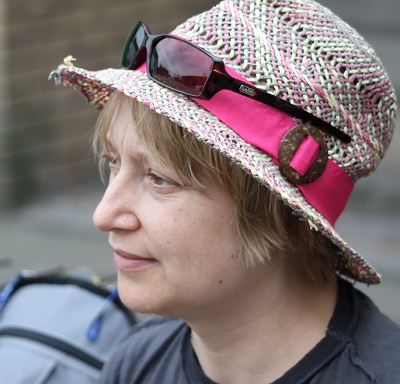 Moniack Mhor provided the opportunity of a supported place on a Fiction course in 2015 with Marilyn Bowering and Stephen May for one unpublished writer with a work in progress.

Angela Hughes was a press officer for ten years before completing an MLitt in Creative Writing at the University of Stirling. She graduated in November 2012, was short-listed for Scottish Book Trust’s New Writers awards and had her first story published in New Writing Scotland. A year later she was in hospital in Glasgow on the urgent list for a heart transplant, which she received on Christmas Day. Her work in progress, The Glass Spider, is based on the experience and is her first attempt at a novel.

Angela blogs intermittently at angelahughesdoc.wordpress.com and tweets even less @AngelaHughesDoc.