Cynthia Rogerson is a Californian Scottish writer living in the Highlands. Winner of the V.S. Pritchett Prize, she’s published five novels and a collection of short stories. I Love You Goodbye was translated into six languages, shortlisted for Scottish Novel of the Year, and dramatised for BBC Radio.

Wait for Me Jack was published in 2017 under Addison Jones. A Sunday Times top summer read, it’s also an audiobook.

Wah! will be published in November 2021. She’s taught on the Edinburgh University Creative Writing programme and holds an RLF Fellowship.

Cynthia is able to assist with any aspect of fiction writing, from finding inspiration to fine-tuning a work in progress. 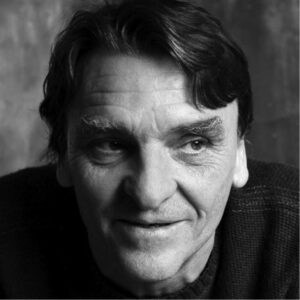 Melvin Burgess has been writing fiction for young people since his first book, The Cry of the Wolf, was published in 1990. His 1996 novel Junk kick-started the YA genre and achieved great acclaim at home and abroad. It won the Guardian Children’s Fiction Award and the Carnegie Medal and was recently voted one of the top ten Carnegie winners ever.  He has won many other awards over the years, including the LA YA Book of the Year Award for Doing It. He has continued to publish popular, controversial and cutting edge fiction for young people ever since.

He had had two books out in 2021 – ‘Count,’ illustrated by Chris Mould, for younger readers and his latest YA, ‘Three Bullets,’ one of three books by different authors set in the same dystopian UK of a possible near future.

Melvin can help you with structuring your work,
and finding balance for the various elements – character, plot and pacing.

Elizabeth Reeder, originally from Chicago, has lived in Scotland for over twenty years – working and living in Glasgow and Strathspey. She writes fiction (novels and stories), creative non-fiction and hybrid writing that flourishes between forms.

She loves writing and working with other writers to create work that can go out into the world with vision and energy.  Her most recent novel, An Archive of Happiness, has been longlisted for the Highland Book Prize; a collection of her hybrid work, microbursts, is a collaboration with the artist Amanda Thomson and is published by Prototype in February 2021.

Karen Campbell is a fiction writer, originally from Glasgow, and now living in Galloway. She has been the recipient of an SAC New Writer’s Award and a Creative Scotland Artist’s Bursary. Before turning to writing, she was a police officer in Glasgow, and then a press officer with Glasgow City Council. Her novels range from writing about the police, to refugees and asylum seekers, social issues, politics and Italy in World War Two. Her eighth novel will be published in Spring 2022.

Karen is currently Writer in Residence at Dumfries and Galloway Council, working on Here Is Our Story – a collection of short fiction and monologues about the experiences of Council staff during COVID.

Karen is available to help with fiction writing, including contemporary and historical, and also crime fiction.

Her latest book and memoir, Lowborn, takes her back to the towns of her childhood as she investigates her own past. It was a Radio 4 Book of the Week, a Guardian and Independent Book of the Year. It was longlisted for the Gordon Burn Prize and Portico Prize and shortlisted in the National Book Token, Books Are My Bag Reader’s Awards and the Saltire Scottish Non-Fiction Book of the Year. She was elected as a Fellow of the Royal Society of Literature in 2020.

Kerry can assist with every aspect of fiction and non-fiction writing including initial planning, character development, dialogue, plotting, editing and polishing ready for submission to agents.

Laura Wilson is the author of thirteen psychological crime novels, two of which were shortlisted for the Crime Writers’ Association Gold Dagger Award. Her fifth novel, The Lover, won the Prix du Polar Européen, and her seventh, Stratton’s War, the first book in a series featuring DI Ted Stratton of the CID which begins in the 1940s and follows a London policeman during the course of his working life, won the CWA’s Ellis Peters Award.

Her latest novel is The Other Woman. Laura is the Guardian’s crime and thriller fiction reviewer. She has taught on the Crime/Thriller MA course at City University, London, and written a series of Crime Fiction Masterclass columns for Mslexia magazine.

Laura is available to help you to work on all the key elements of suspense fiction, from narrative hooks, plotting and pacing to characterisation and sustaining tension.

Mark Cocker is a multi-award-winning author of creative non-fiction, as well as a naturalist and environmental tutor. He writes and broadcasts on nature and wildlife in a variety of national media including the Guardian and Guardian Weekly.

Our Place (Cape, 2018) was shortlisted for the Thwaites Wainwright and the Richard Jefferies Prizes and A Claxton Diary won the East Anglia Book Award in 2019.

In 2016 he was awarded an Honorary Doctorate of Literature from the University of East Anglia. He has travelled in more than 50 countries and divides his time between Derbyshire and Norfolk.

Mark is happy to assist with all aspects of writing in a suite of creative non fiction genres – biography, history, memoir and nature writing – and has 30 years’ experience of the professional writing industry 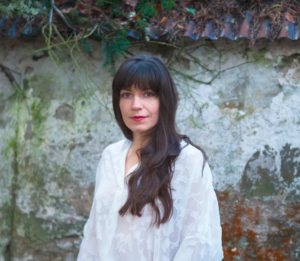 Cal Flyn is a writer from the Highlands of Scotland. Her first book Thicker Than Water (2016), about frontier violence in colonial Australia, was a Times book of the year. Her second book, Islands of Abandonment—about the ecology and psychology of abandoned places—is out now. It has been shortlisted for the Wainwright Prize for writing on global conservation and the British Academy Book Prize. It has also been longlisted for the 2021 Baillie Gifford Prize. Cal was previously writer-in-residence at Gladstone’s Library and at the Jan Michalski Foundation, and was made a MacDowell fellow in 2019.

Kevin is a leading Scottish novelist, poet, playwright and screenwriter, born and raised in the Outer Hebrides. His most recent novel, The Brilliant & Forever, was published to huge critical acclaim and was shortlisted for the Saltire Fiction of the Year Award in 2016.

Kevin recently edited Robert Louis Stevenson: An Anthology, Selected by Jorge Luis Borges and Adolfo Bioy Casares. Kevin has won a number of prestigious literary awards and he lectures in Creative Writing at the University of Stirling. He invented Hai Cookery and lives with his rescue greyhound, Molly.

Kevin MacNeil is able to assist with everything from large-scale elements of structure to tailoring the most effective sentences for the context. He can help beginners shape their ideas or help advanced writers complete a final draft of their project. He strives to be encouraging, friendly, meticulous and helpful.

Leila Aboulela was born in Cairo, grew up in Khartoum and moved in her mid-twenties to Aberdeen. She is the author of five novels, Bird Summons, The Translator, a New York Times 100 Notable Books of the Year, The Kindness of Enemies, Minaret and Lyrics Alley, Fiction Winner of the Scottish Book Awards.

Leila was the first winner of the Caine Prize for African Writing and her latest story collection, Elsewhere, Home won the Saltire Fiction Book of the Year Award.

Leila’s work has been translated into fifteen languages and she was long-listed three times for the Orange Prize for Fiction.

Cynan Jones is a fiction writer from the west coast of Wales. He is the author 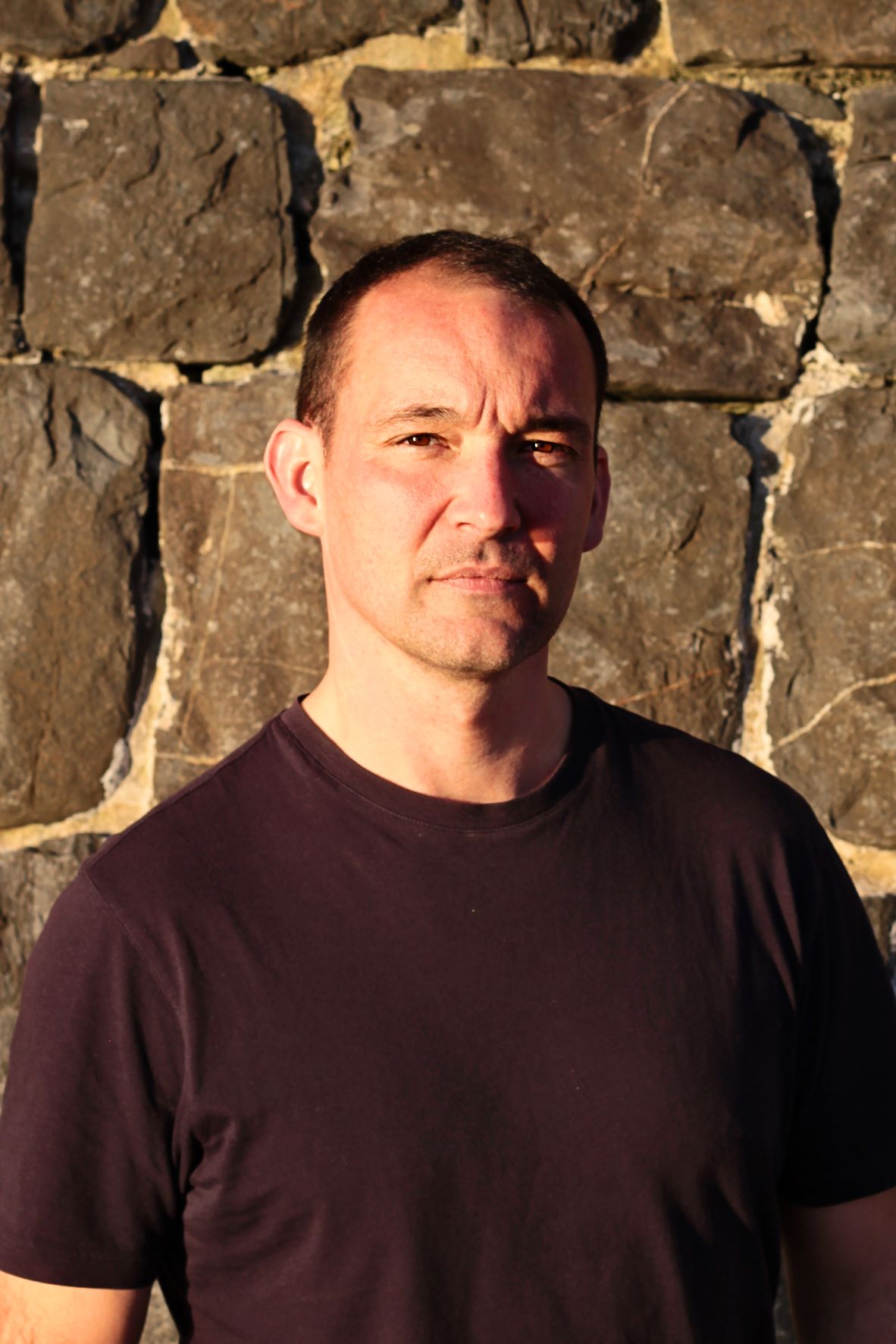 of six books, published in over 20 countries, and his stories have appeared in a variety of anthologies and journals including Granta and The New Yorker. He has also written a screenplay for the hit crime drama Hinterland, a collection of tales for children, and a number of stories for BBC Radio. He has been longlisted and shortlisted for numerous awards, and won, among other prizes, the Wales Book of the Year Fiction Prize, a Jerwood Fiction Uncovered Award, and the BBC National Short Story Award.

Cynan was the RLF Writing Fellow at Aberystwyth University for a number of years, and has worked extensively with Literature Wales, the Arvon Foundation,  and Moniack Mhor in tutor and mentoring roles. This wide experience means he’s able to help with all aspects of your fiction, whatever stage your story is at, particularly if what you’re writing is a little out of the ordinary.

Jen Hadfield is a poet published by Picador, whose fourth collection The Stone Age explores neurodiversity and is forthcoming with Picador in 2021. She is also working on a collection of essays about Shetland, where she is building a house, very slowly.

Jen can assist with poetic and hybrid projects (prose-poetry, text-visual art crossovers), with an intuitive approach to form and a particular focus on voice. She works with writers at all levels of confidence.

John Glenday is the author of four poetry collections.  His most recent, The Golden Mean (Picador, 2015), won the Roehampton Poetry Prize and was shortlisted for the Saltire Scottish Poetry Book of the Year. A pamphlet, The Firth, was published by Mariscat Press in 2020 and Picador brought out his Selected Poems in the same year.

John is an experienced mentor and has run online surgeries for the Poetry Society for a number of years.

Boo Hewerdine is a singer-songwriter and experienced tutor. He has written songs for Eddi Reader, k.d. lang, Chris Difford and many others. 2019 album Before finds Boo Hewerdine focused on the art of reduction, consumed by fine details and found sound, songs where the fragility and beauty of life are laid bare with a stark emotive honesty.

This year he has written with Adam Holmes for his new album Dreamwaver, among other projects. 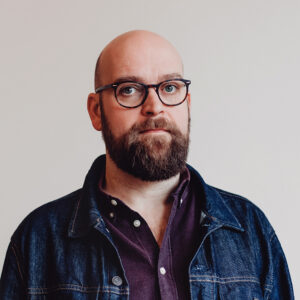 Findlay Napier is one of the finest singer songwriters and teaching artists in Scotland. His collaborations with Boo Hewerdine (VIP and Glasgow) brought his supreme songwriting and storytelling gifts, allied with magpie-minded imagination and magnificent vocals to the attention of audiences across the UK, Europe and North America. Recently he has co-written and toured with Texan singer-songwriter Rebecca Loebe for their Filthy Jokes EP; with Bella Hardy and Greg Russell on War and Peace and with Megan Henwood on their Story Song Scientist project. As a teacher Findlay has run songwriting retreats at Moniack Mhor with Karine Polwart and in 2016 he set up the workshop-focused Glasgow Songwriting Festival.
Findlay can assist with all areas of songwriting from idea generation through to the finished song. You may want to work on something you’ve already written or to start on something together from a blank page. He can help with lyrics, melody, chord choice and song structure. He can also offer practical advice on recording, live performance and release plans if you want to take your writing from your living room and out into the world. Findlay has lots of experience teaching, co-writing and collaborating with songwriters of all abilities. He has worked with songwriters suffering from writer’s block, folks restarting their songwriting after a break and people who have never written a song before. You don’t have to play a musical instrument or be “musical” to write a song.
Visit findlaynapier.com

James Mayhew has been creating books for children for over 30 years. He loves experimenting with different techniques and finding just the right approach for each new project. His many titles include the classic best-selling Katie series, Ella Bella Ballerina and Koshka’s Tales. James is also the illustrator of Joyce Dunbar’s Mouse & Mole series, Zeb Soanes’s Gaspard the Fox, Ian Eagleton’s Nen & The Lonely Fisherman, and the Mrs Noah books by Jackie Morris.

Alongside his work in publishing, James works with a variety of musicians and symphony orchestras, presenting concerts that incorporate music and art created live on stage, illustrating classics like The Four Seasons, Carnival of the Animalsand The Firebird.

He lives in Suffolk, where the big skies and gentle light are perfect for artists.

Return to Made to Measure Mentoring