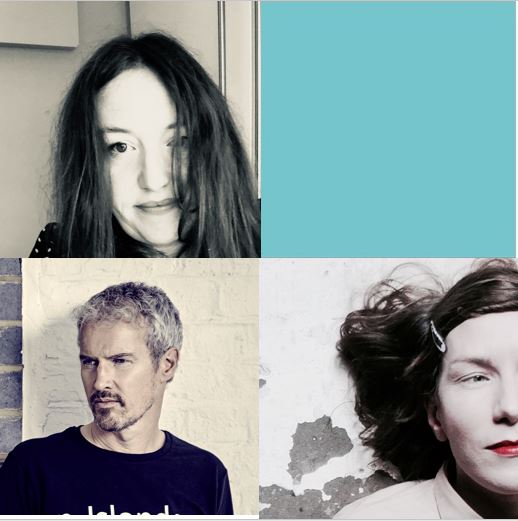 How to Start a Song. Where to Begin?

Through workshops, tutorials, co-writing and one-to-one sessions, Kathryn and Colin will help you identify useful ideas as the seeds from which to grow a song, to develop and focus these ideas into a finished piece of work: creating a safe space to open the doors of your own practice. The plan is to go away with not just finished songs but skills to craft more and hone what you have with a newfound instinct, as well as rejuvenating your creative mind. We will explore  the joy and mystery of creating a song from seemingly nothing and find ways never to be scared of a blank page again.

Labelled a songwriter’s songwriter, Kathryn Williams won a Mercury Music Prize nomination and a major label deal with her second album. Twenty years on and still releasing critically acclaimed albums, she has a 20-CD box set due in 2019. Kathryn tutors at Arvon, Moniack Mhor and The Writing Squad, and writes for and with many artists around the world.

Colin MacIntyre is a multi-award-winning musician, producer, author and playwright. He has released eight acclaimed albums to date, most notably under the name Mull Historical Society, having achieved two UK Top 20 albums and four Top 40 singles since his Gold-selling debut album, Loss. His new MHS album, Wakelines, has been produced by Mercury and Brit-Award winning producer Bernard Butler. His debut novel The Letters of Ivor Punch (W&N/Orion) won the 2015 Edinburgh International Book Festival First Book Award and he has just adapted it for the stage. He has been voted Scotland’s Top Creative Talent at the Glenfiddich Spirit of Scotland Awards, as well as into the Greatest Scottish Artists of All Time public poll, and has toured worldwide, including with The Strokes, Elbow and REM. His memoir, Hometown Tales: The Boy in the Bubble, and his first book for children, The Humdrum Drum, were published in June.

Kathryn Joseph. Intimate, fearlessly frank and with a fathoms-deep emotional resonance, Joseph’s highly individual expression was first heard on 2015’s Bones You Have Thrown Me And Blood I’ve Spilled. The dark, mournful beauty of that debut – which addressed failed relationships and the death of her infant son – bagged her the Scottish Album of the Year award against stiff competition, despite the fact that at the time she “wasn’t thinking about the record as something that would be of interest to anyone else” after.