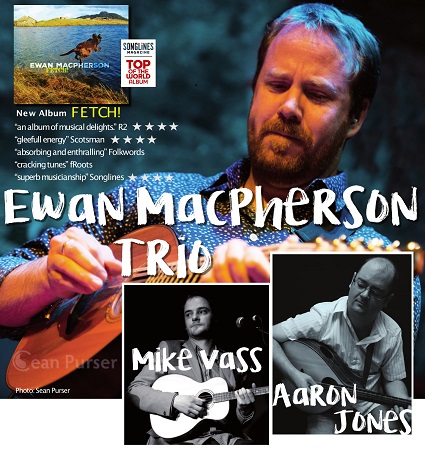 “Ewan is a fine songwriter” RnR Magazine
“A master sharing his personal musical heritage.” Folkwords
Now based in the Highlands Ewan has been working in the music industry for 20 years. As a multi-instrumentalist he is a recognised figure on the vibrant Scottish music scene. Ewan is a founder member of three bands and has taken stages around the world with a wide range of traditional and contemporary folk/roots artists.
Liverpool born with family ties to Scotland, Ireland and Wales he completed a BA at Liverpool Institute for Performing Arts (Paul McCartney’s “Fame School”) in 1998 and after moving to Edinburgh in 1999 was nominated for Instrumentalist of the Year at the 2014 MG Alba Trad Music Awards and his last album Fetch! picked up a Songlines Top of the World recognition.
Ewan’s music has taken him as far as India, Malaysia, Canada, America, Australia and throughout Europe, in addition to his own projects Salt House, Fribo and RoughCoastAudio, he is currently a member of renowned acid-croft band Shooglenifty.
Tickets £11 at the door.