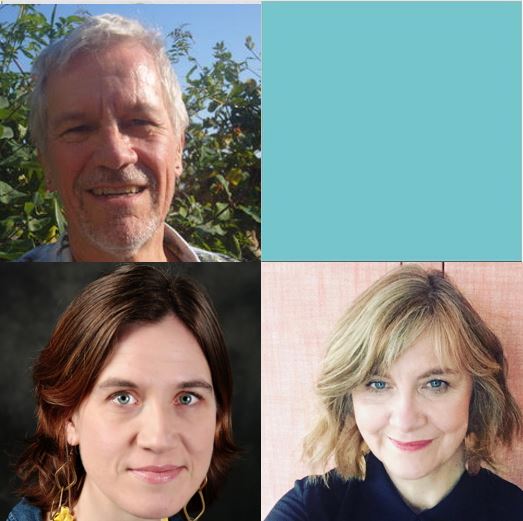 Writing in Pictures and Sound

Screenwriting is a different kind of writing: a screenplay is the crucial beginning of what will become a finished work on the screen. This course will help clarify some simple issues to get you started and you can also bring your own ideas, treatments or proposals for film or TV to the tutors for their help and advice. There will also be workshops that focus on different aspects of the process, particularly on demystifying it! The workshops will be tailored to various levels, so whether you’re a beginner or have more experience, this course will help you move on.

Hugh Stoddart’s films include Begging the Ring (Grierson Award); the BAFTAnominated To the Lighthouse; Remembrance (Grand Prize Taormina) and We Think the World of You. Other work includes the original mini-series The Big Battalions (Channel 4); and for BBC1, an adaptation of The Mill on the Floss and a two-part Dalziel & Pascoe special, Dialogues of the Dead. His latest film, Waiting for You (with Colin Morgan/Fanny Ardant), was released in 2018. Hugh spent 10 years as a writer involved with prisons; he co-founded and ran Not Shut Up, a national magazine for prisoners. www.hughstoddart.co.uk

Screenwriter Line Langebek wrote the feature film I’ll Come Running with US director Spencer Parsons. Other credits include Sink or Swim for Channel 4’s Coming Up strand, the documentary Duam Drïte: We Want Light for French television and Field Story (dir. Eva Weber) for BFI’s big budget Shorts scheme. Line is an alumni of the Lighthouse/BFI Guiding Lights programme (mentor Frank Cottrell Boyce) and is currently working on several commissioned film and TV crime/thriller projects. She teaches screenwriting at Regent’s University, is a co-founder of campaign organisation Raising Films and is the co-chair of the WGGB Film Committee.

Andrea Gibb is a BAFTA-nominated film and television writer. Her screenplays Dear Frankie and Afterlife won her the Women in Film and Television script award and Scottish Screen Filmmaker of the Year award. Her adaptation of Swallows and Amazons won several awards including the New York Children’s Film Festival Grand Jury prize (2016). Films in development include Jeanette Winterson’s The Daylight Gate; Miss Castrol; and John and Nula. Andrea has written for Call the Midwife and is currently working on various commissions for television, including Elizabeth is Missing, Queen of Cooks and Nurse Pauline.