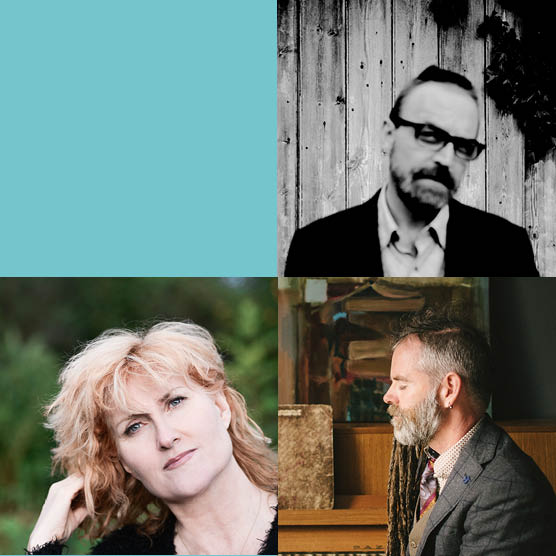 These two writers have made it their work to tell stories through their songs. Both have been involved in projects that were more than just a group of songs but a document. A few years ago they collaborated on Under The Dark Cloth, an album celebrating 100 years of photography as an art form for the Met in NY. Lyrically and musically adventurous, it was performed in the museum at the launch of the remarkable accompanying exhibition. Both Peter and Boo believe in the power of song. In this week as well as exploring the fundamentals of songwriting we will look at how exciting a collection of related work can be.

Boo Hewerdine is a singer-songwriter and experienced tutor. He has written songs for Eddi Reader, K.D. Lang, Chris Difford and many others. His most recent album is God Bless the Pretty Things.
www.boohewerdine.net

Duke Special has over 11 albums under his belt, including the platinum selling Songs from the Deep Forest and his most recent, Hallow, which is inspired by the poetry of Michael Longley. He has written and performed for theatre in the adaptation of Brecht’s Mother Courage and Her Children, written a concept album based on a Paul Auster novel, crafted shows based on the music of Harry Nilsson and Belfast legend Ruby Murray, collaborated with Clannad and even had the time for a sideline in DJ-ing by establishing his Gramophone Club.

With a career spanning over three decades, Eddi Reader has effortlessly developed into one of popular music’s most thrilling and affecting performers. Though first brought into the limelight as front woman for Fairground Attraction, who’s #1 single, Perfect, topped the British charts, it is Eddi’s subsequent albums that signalled her ability to assimilate different musical styles and make them her own. 2016 welcomed the release of her first career spanning The Best Of compilation including thirty of her most consistently beautiful, often deeply personal and intimate songs. Declared “a definitive musical portrait of one of the finest voices this country has produced” by Folk Radio UK.