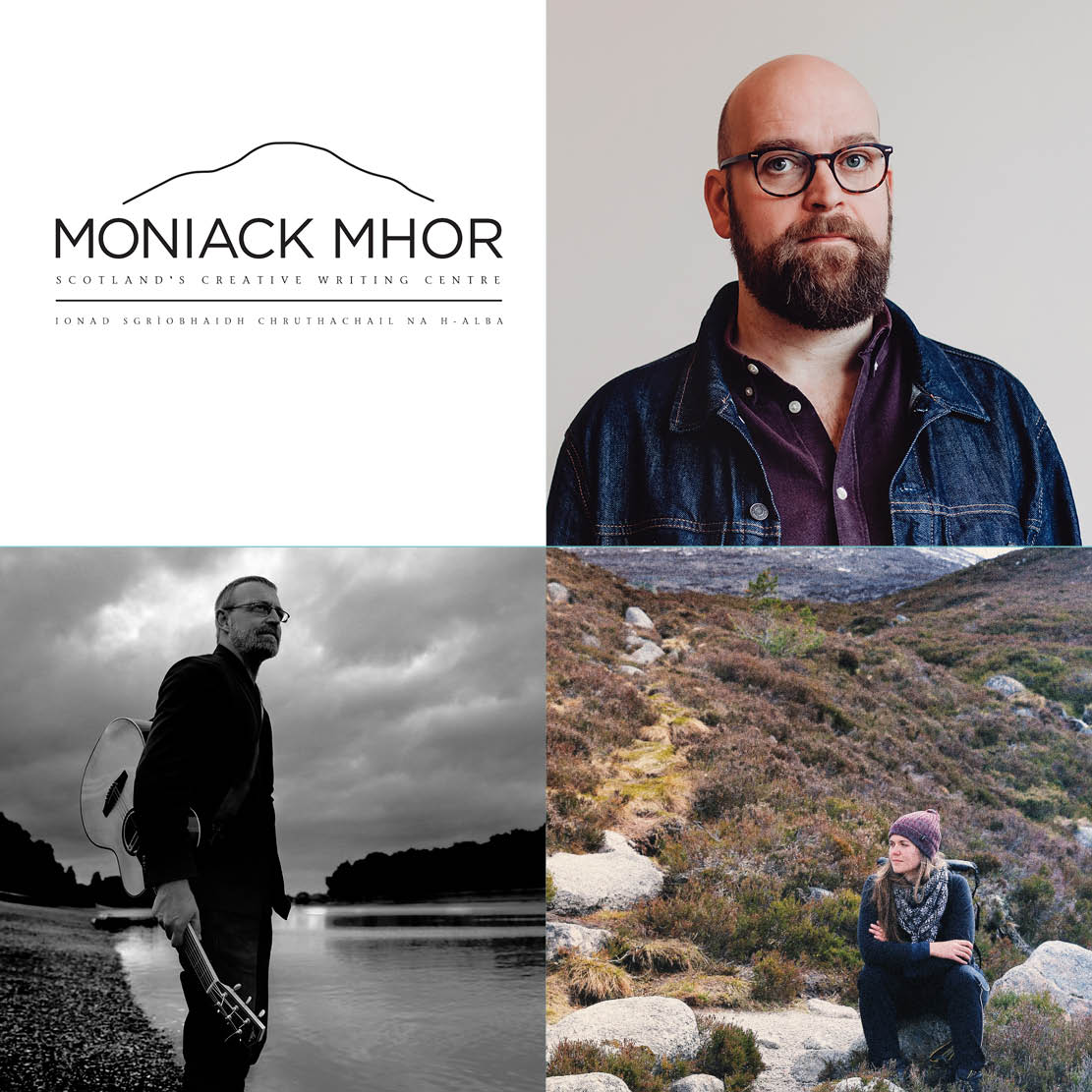 Songs in the Key of Life

Findlay Napier and Boo Hewerdine write songs from observations and real life experience. During this week long course, you too, can learn the power of turning narrative into song. You’ll spend the week with these two storytellers, honing your writing skills, starting from the very basics to well-crafted, finished pieces. Joining us as our special guest will be singer-songwriter Jenny Sturgeon.

Boo Hewerdine is a singer-songwriter and experienced tutor. He has written songs for Eddi Reader, k.d. lang, Chris Difford and many others. His latest album Before was released to great acclaim in 2019.

Findlay Napier is one of the finest singer songwriters and teaching artists in Scotland. His collaborations with Boo Hewerdine (VIP and Glasgow) brought his supreme songwriting and storytelling gifts, allied with magpie-minded imagination and magnificent vocals to the attention of audiences across the UK, Europe and North America. Recently he has co-written and toured with Texan singer-songwriter Rebecca Loebe for their Filthy Jokes EP; with Bella Hardy and Greg Russell on War and Peace and with Megan Henwood on their Story Song Scientist project. As a teacher Findlay has run songwriting retreats at Moniack Mhor with Karine Polwart and in 2016 he set up the workshop-focused Glasgow Songwriting Festival.

Jenny Sturgeon is a singer-songwriter “who brings together the old and new with a rare skill” (R2 Magazine). Jenny’s music is rich with imagery and her songs are bound together by common threads of folklore, nature and the connection people have with the wild. Sturgeon’s songcraft is at the centre of her engaging and honest performance, with accompaniment on guitar, harmonium and dulcimer she has been described as “inspired and thoroughly engaging”- Folk Radio UK. In 2018 she was nominated as Composer Of The Year in the Scots Trad Music Awards and in 2020 won Best Acoustic at the Scottish Alternative Music Awards. Musical collaborations include writing and performing in the critically acclaimed alt-folk band Salt House and in the bird and migration inspired project, Northern Fly-way; a Creative Scotland and PRS Foundation funded audio-visual project that Jenny co-wrote with Inge Thomson – described as “like watching a David Attenborough documentary but with awesome music!”.

Jenny’s music has been played on BBC Radio Scotland, Radio 3, Radio 6 Music, Radio 2, and Radio Nan Gaidheal – including being featured as artist of the week and doing live sessions for Travelling Folk and BBC Radio 3. Jenny’s release ‘The Wren and The Salt Air’ – a commission for The National Trust of Scotland – featured on national STV news. Her song ‘Charmer’ was featured at number 9 of The Herald’s best 100 songs of 2018. Jenny’s recent album is a collection of songs inspired by Nan Shepherd’s book ‘The Living Mountain’.