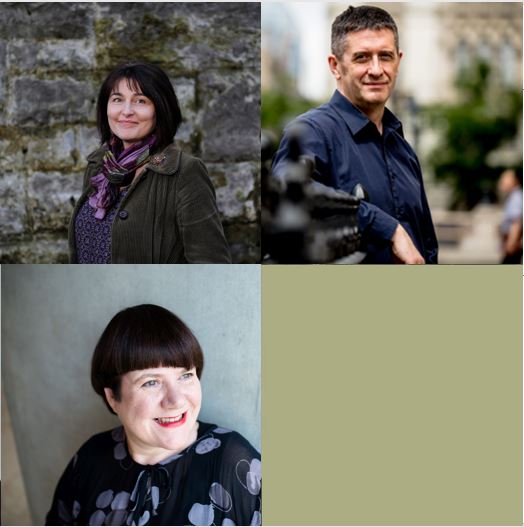 Give your writing the space it deserves. Supported by tutors Karen and Adam, our tutored crime-writing retreat will let you unravel ideas, craft plot twists and turns and cut away excess flesh in your work. Enjoy individual tutorials and the alchemy of being with other writers. Inspiration guaranteed!

Karen Campbell writes contemporary fiction and has a Masters from Glasgow University’s Creative Writing programme. Before writing, she was a police officer, and her first four novels focus on the people behind the uniform:  The Twilight Time, After the Fire,  Shadowplay and Proof of Life. Karen won a Scottish Arts Council New Writers Award in 2002, Best New Scottish Writer Award in 2009, and Shadowplay was shortlisted for the CWA Gold Dagger in 2010. Her fifth novel This is Where I Am, about a Somali refugee in Glasgow, was a Radio 4 Book at Bedtime and is currently under option for TV, and her sixth book Rise is about Scotland in the run-up to the Independence Referendum. A regular tutor on both adult and young people’s fiction courses, Karen teaches creative writing widely, including in schools, prisons and hospitals. She was awarded a Creative Scotland Artists Bursary for her latest novel The Sound of the Hours (Bloomsbury  2019), which is set in Italy in WW2. www.karencampbell.co.uk

Adam LeBor is the thriller critic of the Financial Times and the author of six novels, including the Yael Azoulay UN thriller series and The Budapest Protocol. He is currently writing a noir crime series featuring Balthazar Kovacs, a Gypsy detective in the Budapest murder squad. District VIII, the first volume, set in the refugee crisis of 2015, was published in 2017. Kossuth Square, the sequel, was published in April 2019. Critically acclaimed, it was The Times Crime Book of
the Month and a Top 100 summer read.

Louise Welsh is the author of eight novels including The Cutting Room and The Plague Times Trilogy. She is the editor of Ghost: One Hundred Stories to Read with the Lights On (2016). Louise was awarded an Honorary Doctor of Arts by Edinburgh Napier University (2015) and was a University of Otago’s Scottish Writers Fellow at the Wallace Arts Centre in New Zealand (2016). She has presented over 30 BBC radio features and written many short stories and articles. Louise has written libretti for four operas including Scottish Opera’s production of Anthropocene (music by Stuart MacRae) which will hit the stage in January 2019. She has also written four plays, most recently King Keich for Òran Mór, Glasgow. Louise is co-director (with Jude Barber) of the Empire Café, an award winning collective exploring Scotland’s relationship with empire (@theempirecafe). Louise is Professor of Creative Writing at University of Glasgow and a Fellow of the Royal Society of Literature. @louisewelsh00