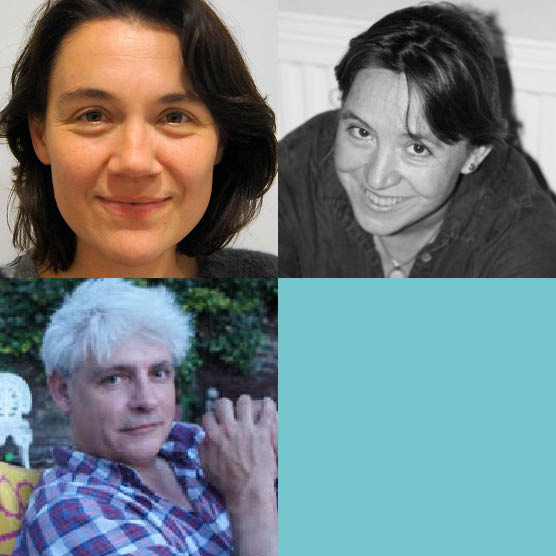 Write to be Heard

This course will cover all the things we love about writing radio plays. We’ll look at ways of coming up with an initial idea, thinking about acoustics, writing a successful first scene, the relationship between writer and producer, and the end experience of recording in the studio. There’ll be lots of writing exercises and we’ll offer tools for analysing your own work, as well as listening to favourite radio moments/scenes and talking about what we’ve learned from our own particular experience of collaborating in radio for almost twenty years.

Katie Hims’ first radio play The Earthquake Girl won the Richard Imison Award. Recent work includes King David, Black Dog, Poetry in Motion and Black Eyed Girls, as well as adaptations of the Martin Beck novels by Maj Sjowall and Per Wahloo. Katie has been writing for Radio 4’s Home Front since it began and has been lead writer for four seasons. Her last stage play was Billy the Girl at Soho Theatre for Clean Break. She has recently spent time on attachment to the National Theatre Studio and is currently commissioned to write a National Theatre Connections play.

Jessica Dromgoole has worked with Katie for twenty very happy years. Jessica is the Editor of Home Front, Radio 4’s drama set in Great War Britain. Before joining the BBC, Jessica was a theatre director and Literary Manager of Paines Plough Theatre Company. After four years at BBC Writers Room, Jessica joined the company of Westway, the World Service soap opera, and then launched Pyar ka Passport, a soap in Urdu, in Pakistan, before becoming a producer of single dramas for BBC Radio 3, 4, and 5. Working on Home Front is the best job she’s ever had.

Sebastian Baczkiewicz has written a range of plays for BBC Radio including adaptations of Les Miserables and The Count of Monte Cristo and seven series of Pilgrim, starring Paul Hilton as William Palmer, the immortal title character. His stage plays include The Lives of the Saints, Hello Paris, The Man Who Shot the Tiger and Dancing Under the Bridge. In 2004, he wrote half of a six-part series for BBC Radio 4 using characters from Arthurian legend. In 2012, his radio drama Pilgrim was nominated for the Prix Italia and awarded silver at the Prix Europa. At present he is writing Elsinore, a new series for Radio 4.