Author Merryn Glover is one of the Moniack Mhor Alumni. With celebrations around the 70th Anniversary of India’s Independence about to commence, Merryn’s novel A House Called Askival is receiving fresh attention. We caught up with Merryn to ask her a few questions about the book and her writing in general. 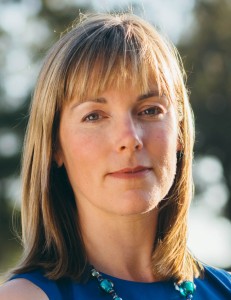 Hi Merryn, thank you for taking the time to chat with us. Can you tell us a little about your novel, A House Called Askival?

It’s a big story, often described as ‘epic’ (a word which gladdens some hearts and sinks others!) Set in the Himalayan hill-station of Mussoorie, it spans over 70 years of India’s recent history through three generations of an American family who have made it their home. The story moves around in time, reaching back to the growing freedom movement in India in the 1930s and extending to 2007. Covering some of the key crises of the country, including the violence of Partition in 1947 and the riots after Indira Gandhi’s assassination in 1984, it explores themes of religious conflict on political and personal levels. At heart, it is about a father and daughter needing reconciliation before he dies. 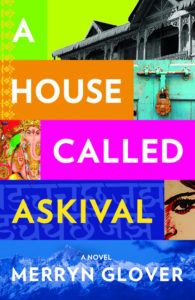 It’s a horribly cliched question, but where did the inspiration for the novel come from?

I grew up in Nepal, India and Pakistan and attended boarding school in the hill-station where the novel is set. The book draws a great deal from my own experiences in terms of context and issues, but the characters and what happens to them are fictional. It was my first novel and I think it was the one I needed to write before any others as it mined the deep ground of childhood and teenage years. Writing it was a way of returning to a place and an experience that profoundly shaped me. The book is all made up, but it is also my story.

A House Called Askival was first published a few years back – why is it come to the fore again now?

It is particularly relevant right now because at midnight between the 14th and 15th of August, Pakistan and India celebrate the 70th Anniversary of their Independence from the British Empire and their Partition from each another. The events of that time are very significant in my novel, triggering consequences on both national and personal levels that ricochet down through the generations. For those who enjoy exploring history through fiction, A House Called Askival is a good way of discovering a particular experience of that cataclysmic time.

You have been on a couple of writing retreats to Moniack Mhor, how useful were they in helping you with your novel?

Absolutely invaluable. My first week, in 2006, was tutored by David Armstrong and Catherine Czerkawska and was about writing fiction. I had just started work on Askival and both tutors gave practical workshops and plenty of personal encouragement. I was back at Moniack a year later as the prize for winning The William Soutar Short Story Award, but by then I was well into the novel and used the time to do my own writing rather than attend the workshops, which were about Starting to Write, I think. I did, however, get invaluable feedback and inspiration from the tutors Christine Suchen Lim and Patrick Gale. There are two other wonderful things about spending time at Moniack, regardless of the course or tutors. One is the company of other writers at whatever stage of their work; you learn so much from each other and have a lot of laughs and sometimes even stay in touch, as I have. Secondly, the place itself is a joy. It’s remote and wild and beautiful and inside all is warm and welcoming and you feel such a rush of delight that you are there, that you are a writer and that work will be done.

Do you have any advice for anyone starting out on their writing career?

That all writers are different and so too is their advice. Don’t get anxious or confused about the stern – and varying – instructions from different writers. Write every day! Get up at 5am! Throw away the television! (All excellent pieces of advice that I have failed to follow.) There is no one way that works best for everyone. But whatever your personality or process, it’s important to be committed, realistic and honest with yourself. Good work will not fall out of the sky; it grows out of practice, time and dedication to the craft. Think hard about why you want to write and what you hope to gain by it. The words ‘writing’ and ‘career’ probably don’t belong in the same sentence, anyway. Very, very few writers earn their living purely from their published words. (I certainly don’t.) You may be one of the fortunate few, eventually, but it’s wise to be realistic about how writing will fit into the rest of your professional life. And always return to your core motivation. Fame and fortune are la-la land, so focus on writing that thing you deeply, powerfully want to say and push yourself to say it as well as you possibly can. However difficult, that is the joy.

What are you working on now, and what can we expect to see from you next?

I’m trying to write The Big Scottish Novel and it’s proving A Big Headache. I’ve been working on it for four years (with breaks and other projects, I hasten to add) and am sifting through the feedback from several folk who read it over the summer. I have a fairly clear idea of where the difficulties lie and what needs to be changed, but no idea of how to do it. Apart from solving that little conundrum, I am currently working on a short story commission for Radio 4 called The Poet and The Echo and busy with The Society of Authors in Scotland committee organising ScotsWrite, a conference in September in Cumbernauld for writers of all stripes which will be brilliant. Like Moniack, multiplied. Do come and say hello! If not there, you can always get in touch via my website, Facebook or Twitter.

Thanks to Merryn for taking the time to answer our questions.