Life in the Time of Coronavirus #10

The Moniack Mhor Writers Group, led by Cynthia Rogerson, has been meeting remotely during the Lockdown. They have been writing pieces inspired by the situation. Today’s is by Zoe Mackenzie. NB contains strong language. 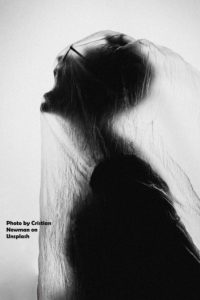 The tell-tale signs were everywhere; from the wan, defeated expression to the barely perceptible, but unmistakable new swelling at the side of her face. The strike had been cleverly despatched so as not to be obvious to an onlooker, but Denise knew every contour of her sister’s face.

She had to suppress the rising tide of anger that was threatening to engulf her and any searching questions that could be construed as accusatory, otherwise she knew that the Zoom chat session would be promptly curtailed. She had to keep the lines of communication open to ensure her sister’s safety.

So she kept her questions bland while scrutinising her sister’s expressions and every gesture.

“How are things?” Denise asked as casually as she could muster. Josie shrugged.

“You’re seeing it,” she replied vaguely.

“Are you managing to get out with the kids at all?” Denise persisted.

As if on cue, four-year-old Aaron hurtled into the room, brandishing a toy car, making loud revving noises. “It’s difficult when the play parks are locked up and there’s nowhere to go,” Josie sighed bitterly.

Seeing her nephew, Denise waved: “Aaron!” A smile of recognition spread across his face. “Auntie Nise! Can we go swimming!” he shouted.

“Not today, sweetheart, the swimming pool’s shut, but I’ve sent you something nice in the post.” Denise saw his face crumple in disappointment as he threw his toy car against the wall, which was swiftly followed by a high-pitched baby’s cry.

“Aaron! Be careful of Phoebe!” Josie remonstrated and as she jumped up off the couch Denise noticed her wincing.

“Shut those fucking brats up!” A gruff, angry voice could be heard from within. Both Josie and Aaron visibly jumped and Denise noticed a damp patch appearing at the front of Aaron’s shorts.

Denise noticed that Josie’s fingers were shaking as she fumbled with the buttons of her cardigan and guided the red-faced, wriggling baby to her tiny, swollen breast. While the baby’s cries ceased, Aaron’s demands persisted. He pulled at Josie’s cardigan. “Mummy can we go to the swings?” he whined.

“Not today, Aaron.” Unable to engage his mother Aaron began to pull her cardigan more aggressively until he yanked it right off her bony shoulders, revealing a gallery of multi-coloured bruises running the length of both her rake-thin arms. Denise gasped in horror. She wanted to reach into the screen and grab her sister and children. But she was powerless to do anything. Even the law was against her going near.

She had never known a time when she had not been there for Josie. Ever since their mother had died when they were both in their early teens, Denise had taken on the maternal role automatically. Their father had taken solace in drink and other women; his long absences punctuated by late night drunken apologies. They would find him passed out on the couch in the morning, reeking of vomit.

At times Denise had had to resort to shoplifting to get food. Then Josie discovered boys and started staying out late. A pregnancy testing kit hidden in her make-up bag revealed the result of a one-night stand and Aaron was born when Josie was barely 16. But they had managed between them.

When Aaron was two, Josie had announced that she was going to college. Then she met Drew.

He had a Svengali influence on Josie and Denise witnessed her vivacious sister withdrawing into herself. She dropped out of college and moved into Drew’s squalid, tiny flat where she seemed constantly on edge. Friends complained of never seeing her and when they did, her emaciated appearance shocked them, while uncompromisingly black poker-straight hair replaced her trademark wavy brown hair and hung limply around her pallid sometimes puffed face.

Denise had been delighted when Josie appeared on her doorstep a few months later, adamant that she was leaving him. Josie ignored Drew’s ceaseless calls on her mobile, until she started feeling sick … Phoebe’s imminent arrival temporarily pleased Drew, until he grew frustrated with the relentless night-time crying, blaming Josie’s breastmilk.

When Phoebe began crying again after feeding, Drew’s hectoring tones started up again; “I told you it was your milk! For Christ’s sake woman!”

Putting her hand up to her eyes, Josie’s shoulders began to jerk rhythmically as she gave in to sobs. Denise could no longer contain herself: “Josie, for God’s sake would you get out of there now before it’s too late!”

Suddenly she jumped back in horror as Drew’s contorted features took up the whole screen. “Mind your own fucking business!” he shouted before the screen went blank, but not before she heard a thud and an almost bestial cry …